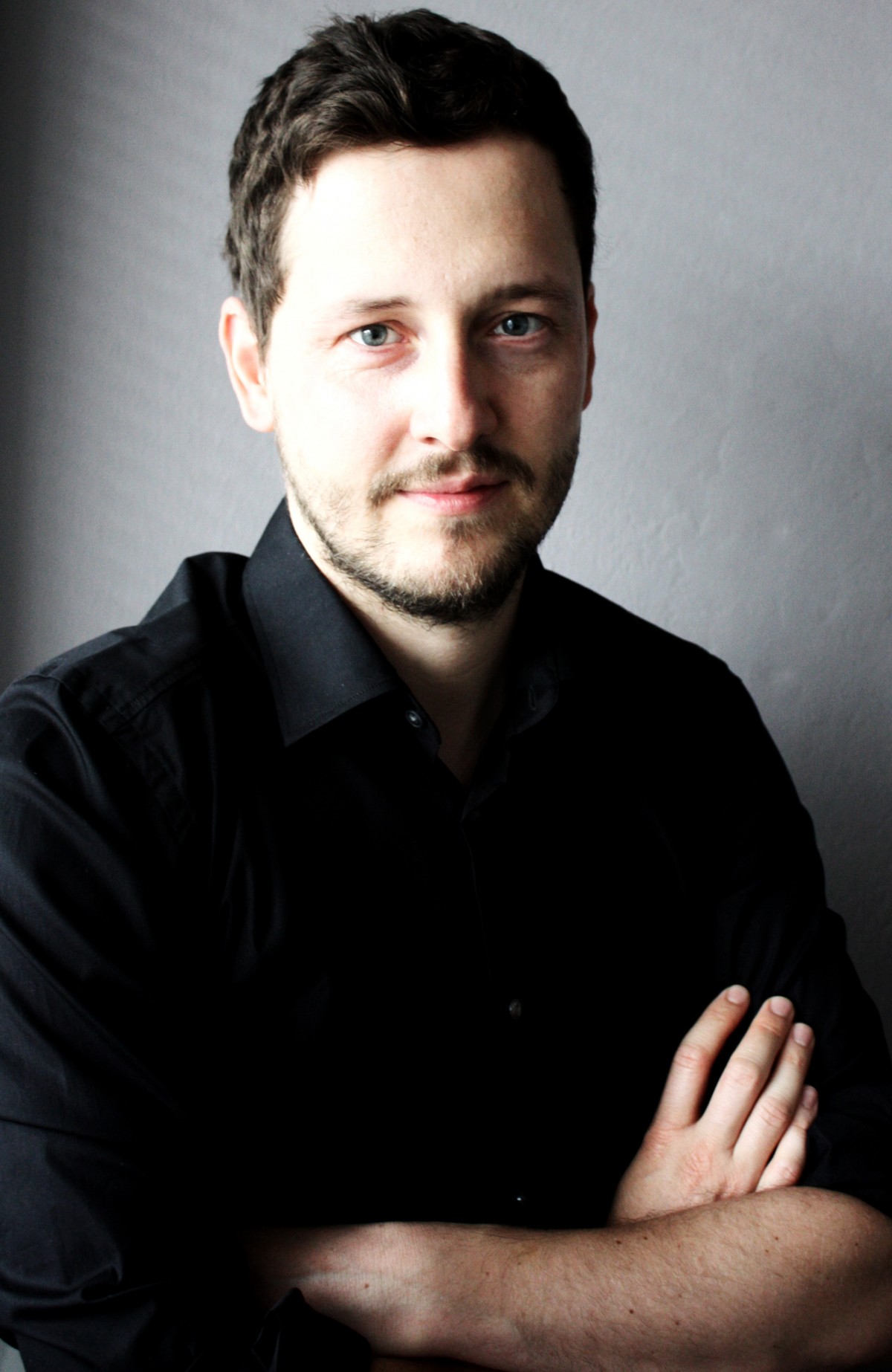 Containers came under spotlight of architecture and popular culture in the beginning of 2000s and they immediately gained wide media echo as a symbol of globalization, mobility and ecology, due to the possibility of recycling unused shipping containers. Though these characteristics describe well the characteristics of a contemporary man, people are still more conservative in their perception of housing. That is not bad at all, since we are mostly still not in a position that would require a mobile modular residence. I advocate the use of containers where their main characteristics can be used. Containers are best as temporal buildings, that can be set fast and moved away fast or to build on locations where permanent construction would not be allowed. Many famous companies therefore use them to represent their brands at the top locations in the world. In this segment container architecture is almost unbeatable, while in other fields architecture can still over more adequate answers to the current challenges. 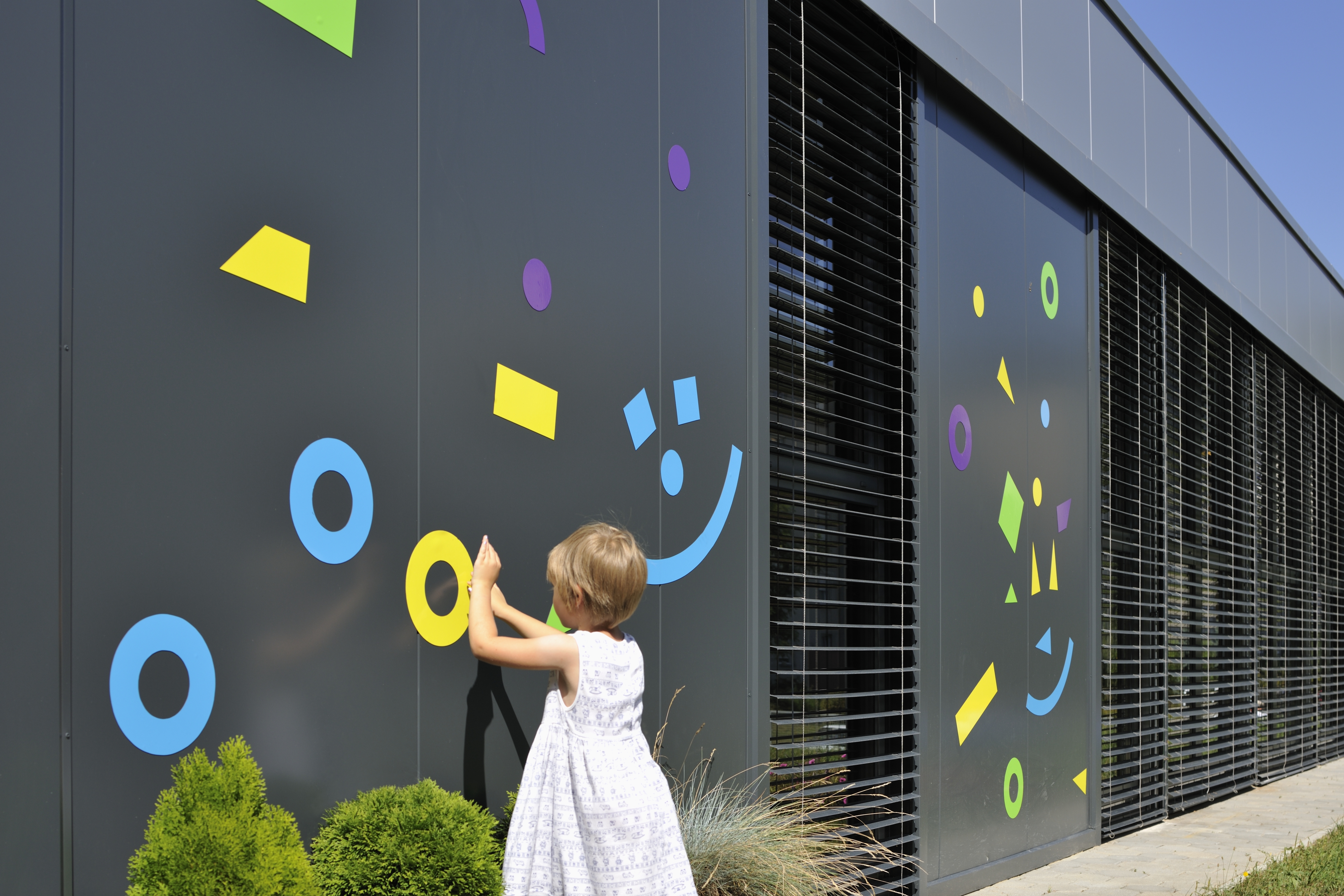 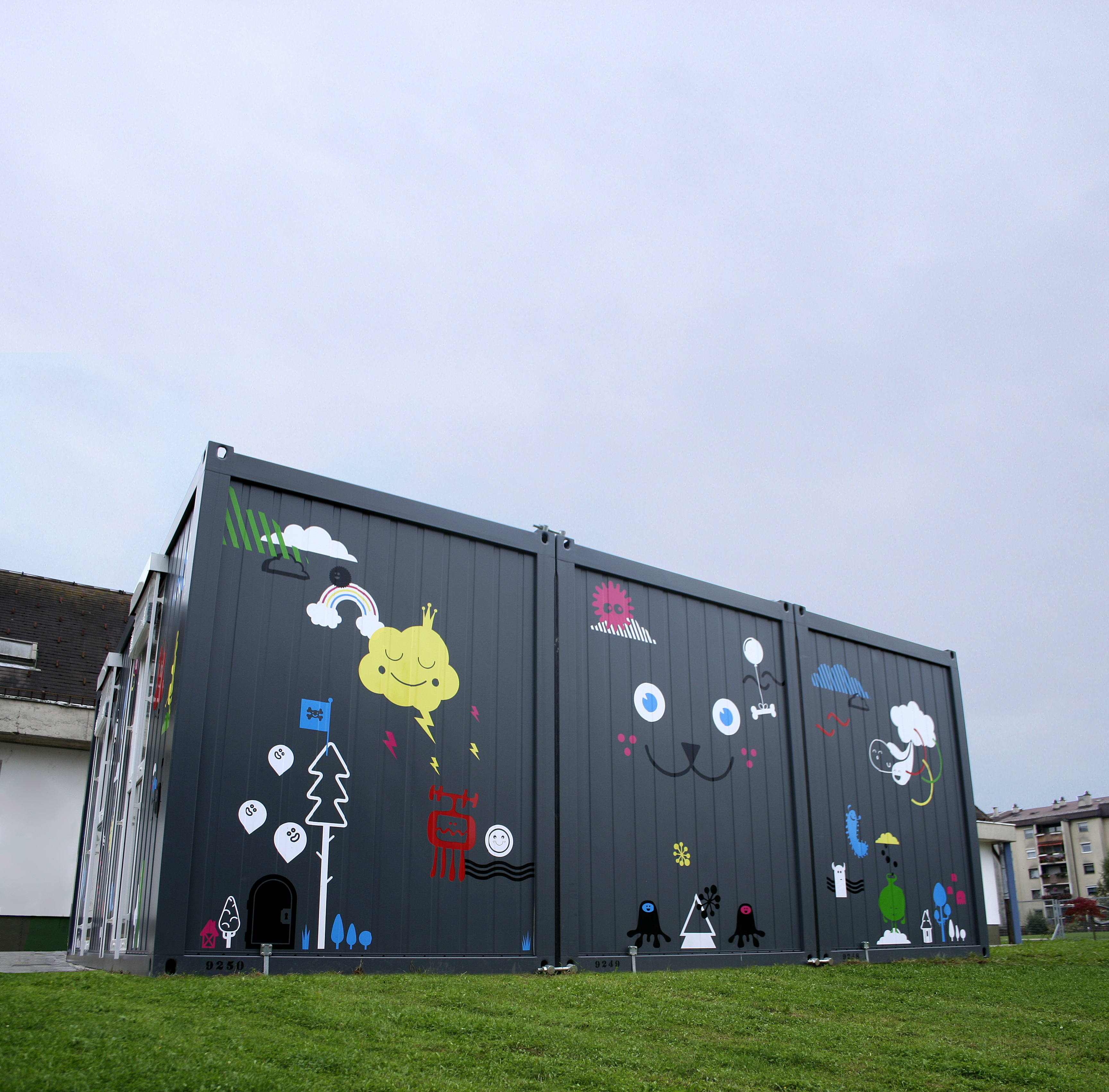 Containers are merely a niche. I did a calculation in 2011, that If we would use all the existing containers in the world, that would, at that time, cover Chinas construction market for 78 days only. That shows that containers on a global scale do not represent any notable threat to the classic construction. However containers are very competitive in some segments as for example in low cost housing for motels and student housings. Demand for this type of use is growing despite the crisis in construction business. Containers are good answers so for several task but not to all. Architects are a bit obsessed by finding the universal answer for architecture in terms of modular and mobile structure and thousands of concepts were designed, almost every famous architect tried at least at one point to do a project like this. Majority of such projects failed due to two main factors, either being overdesigned or overpriced. And one of the reasons that containers came the furthest way is because they are not build for this and architects can borrow them like big legos and adapt them to their architectural vision.

The first book was reprinted and sold-out several times in English and French language. It was already a good sign when 4 from 5 publishers offered me to publish it. I write books because I think writing helps me at my work. It helps to understand better other projects and I can better explain mine. That is the main reason, since writing architectural books is not very profitable activity.

Kindergartens today are facing big challenges, but not so much in terms of construction and technology, but rather in their content/program. The kindergarten typologies we have used for decades cannot develop all the potentials of the kids of today and kids of tomorrow, so the changes are inevitable. We can notice that contemporary kindergartens and schools are converting themselves from traditional institution structures to open learning landscapes where kids can learn more on their own, spaces where they can be active and influence more their educational process. 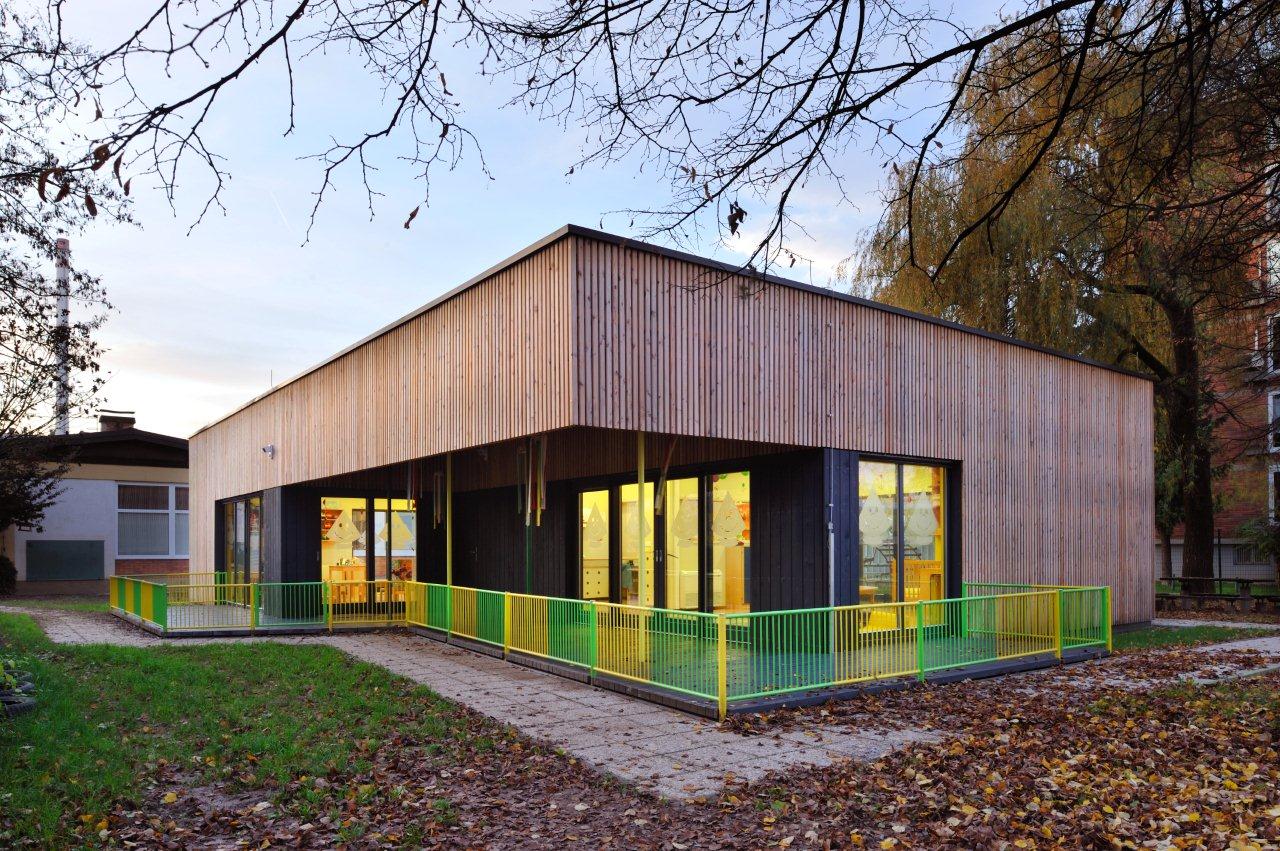 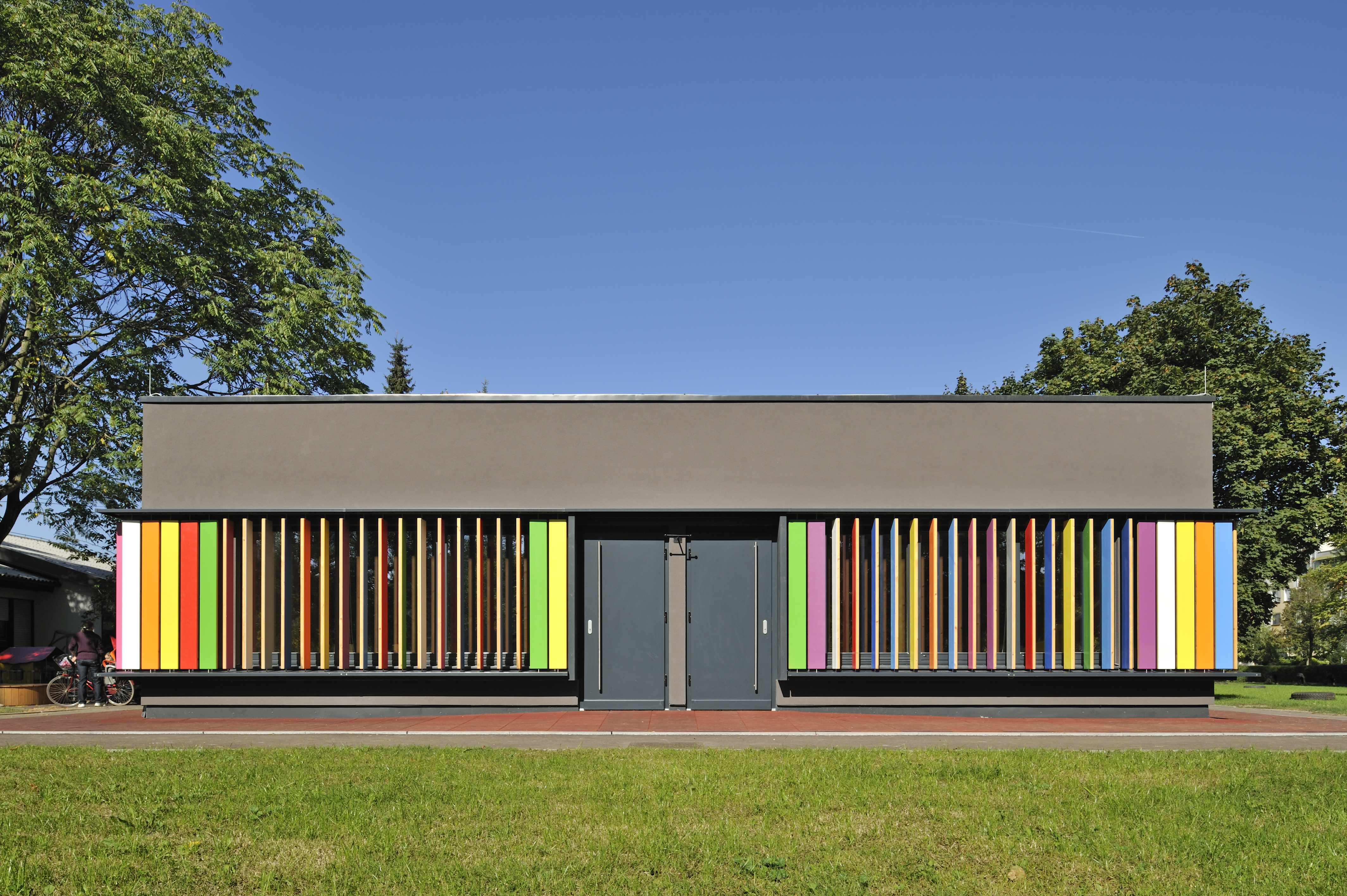 The ability of children to change the appearance of their kindergarten and influent how it looks and the combination of bright colours we all associate with children have made a wide media echo all around the world. The project has been on the cover of several books and magazines around the world and was shown in several exhibitions. The idea itself came because of lack of money for new playground equipment and this was merely solution to do something in this direction from the construction budget. Still Kekec is the symbol of new kindergarten generation, since the kids can actively influence on kindergarten, they can change it, that is strong symbolical message though it is only a game and kindergarten functions as a big toy.

I work a lot on consulting governments and international organizations on optimization of educational architecture. That means to increase the effectivity of the spaces and reduce the costs at the same time. Currently I work on The World Bank projects in several parts of Russia and for Council of Europe bank in Montenegro. I also have two kindergartens on my working desk in this moment and I continue writing books and articles.

In architecture there is especially big influence of the human factor at teaching architecture. And that also means that there is Gauss-line rule, having some very good professors, the average majority and some that are not good. So among the schools is the main difference the different environment and different challenges you can come across, which helps you understand different tasks. As for example in most of the Europe architects encourage the amount of the sun, while in southern Europe you seek protection of the sun and many similar details. So the main differences are the challenges you are faced with, being climate or culture or something else.

Like in many countries before the crisis,  many people thought that construction business is the best way to earn money so they invested into it, regardless knowing a lot about it. The production was big, but not very good one in terms of quality. I think we can notice better projects in the last years, since offices can dedicate more time for the projects. For example in kindergarten architecture we can notice that established offices are joining the competitions, before that they were hardly able to do all the work by other clients. The architecture on general become at least more sober and even some star architects have limited themselves to unlimited spending and showing off. We can notice there fore the human scale trend, public and social infrastructure as parks and streets to become important again in the architecture. That is good for everyone. And as profession, some of my colleagues were forced to work on other non-architectural projects to survive and I think that benefits the creativity in total and might contribute to the quality of architecture on the longer run.

Those projects are legacy of one period in architectural and our common history. Personally I am glad that Slovenian architects took this chance to work in Macedonia, since such cultural exchange binds our cultures together. In any case I am in favour of open borders and open market. Working abroad is our reality – we are both small countries with limited resources and possibilities to work, so architects have to search bigger opportunities elsewhere.