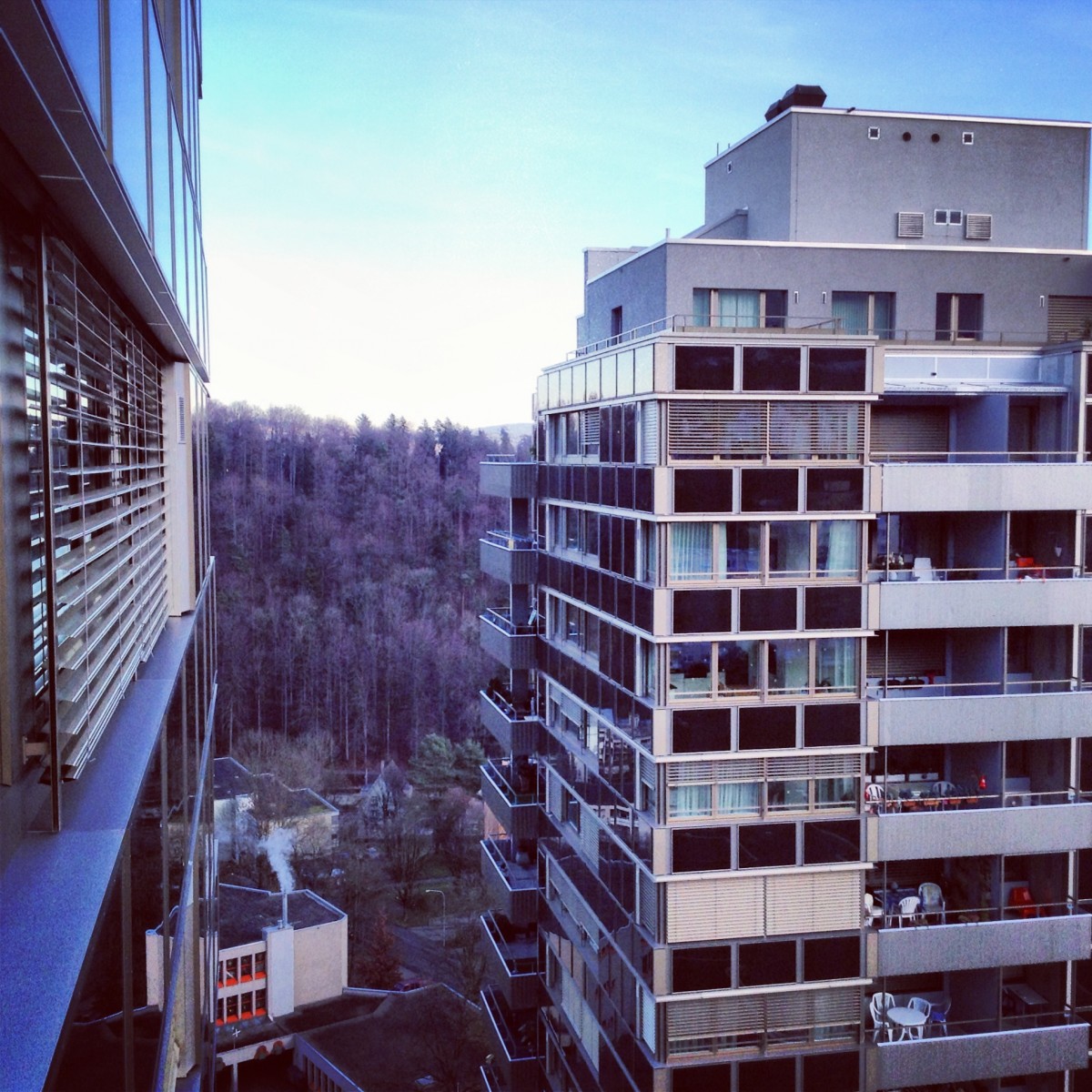 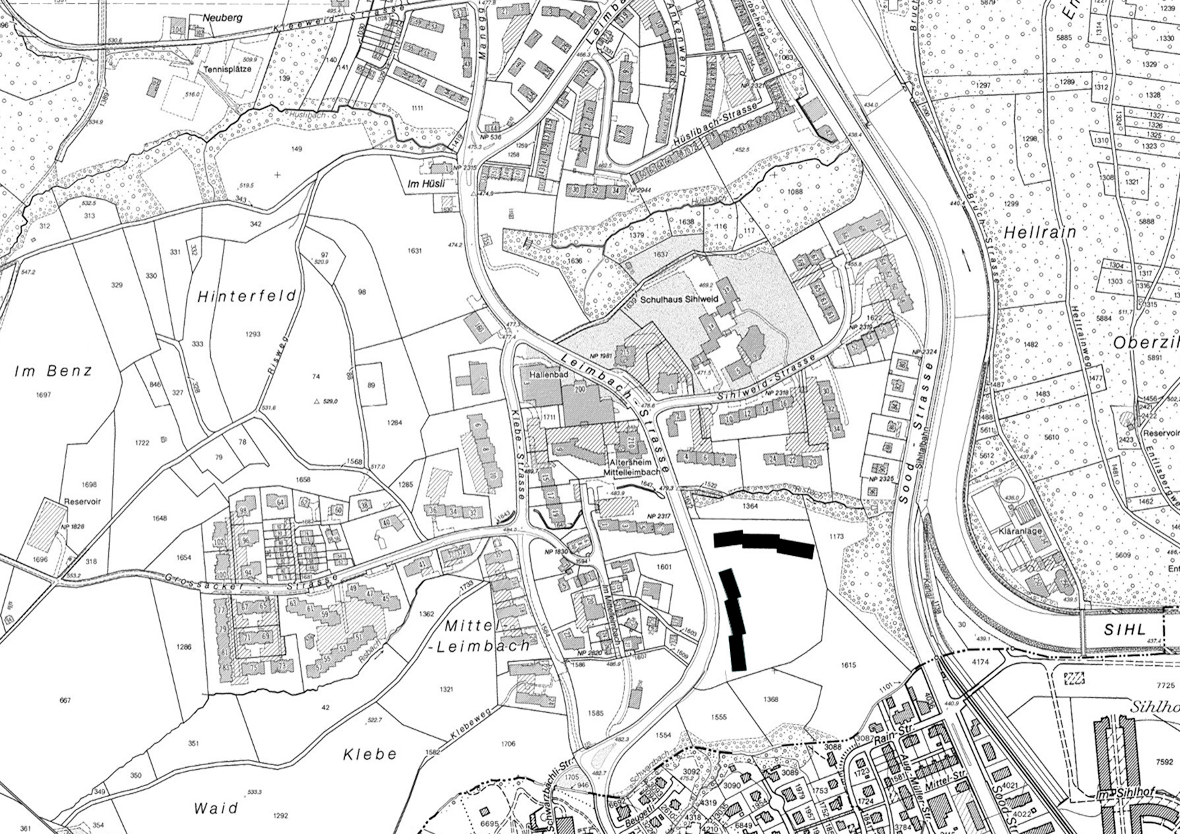 The thing that always fascinates about Swiss architecture is its accuracy, simplicity, comfort and high standards in performance, paying attention to every detail. In this country you get the impression that the construction process is a general culture (how else can one interpret such an abundance of quality built and urban space). I believe that the given community standards alone are not sufficient without the overall civic consciousness to achieve such realistic process and significant result in complete. After all, in this country there is no need to wander in search of successful architectural achievements, signed by famous names. They are all around. It is not insignificant that the face on their 10 Franks banknote personifies the legendary Le Corbusier. The Swiss Federation architecture is of fundamental significance and value.When you bypass cities like Basel, Thun, Lugano, Zurich, the aforesaid is confirmed in practice. These cities, as urban environments, are quite articulate and represent compact structures intertwined with various modern and historical buildings. But the thing that is probably the most striking is the consistency in their development, along the edges, or at places that are often recognized as peripherals or classically called suburbs.These side neighborhoods, characteristic of modern societies, anthropologically capture the manner of their urban maturation through their development. Surely, regarding the manner and directions of their development, they are different from the classical capitalist cities that consume vast amounts of distribution, known as the spread. This type of Swiss suburbia is most human and most acceptable for its tameness, consistency and proportionate adaptation, interacting primarily with the natural environment. These are original samples that can be studied as rarely successful settlements of that type. They are fully adapted to the nature (surrounding mountain forests and greenery), the villages, settlements and urban cores in one place. In a way, the land is consumed rationally and in the best possible way, despite the fact that it is part of the high liberal and consumerist society.Leimbach is one of the many examples of rarefied Swiss periphery. It represents a perimetral settlement located in the southern part of Zurich, extending to District 2, with population that reaches density of 1.733 inhabitants per km2. This is a high statistical parameter for a surface that spreads at only 2.9 km², which makes it interesting for analysis, since its density is almost not felt.This Zurich satellite is full of fresh air and dominant nature. It stretches along the current of the river Sihl and the slopes under the forest Entlisberg.The site dates from 1895 and is becoming part of Zurich as the city grows and expands. Becoming part of the urban rising tissue over the years, it tends to be urbanized. 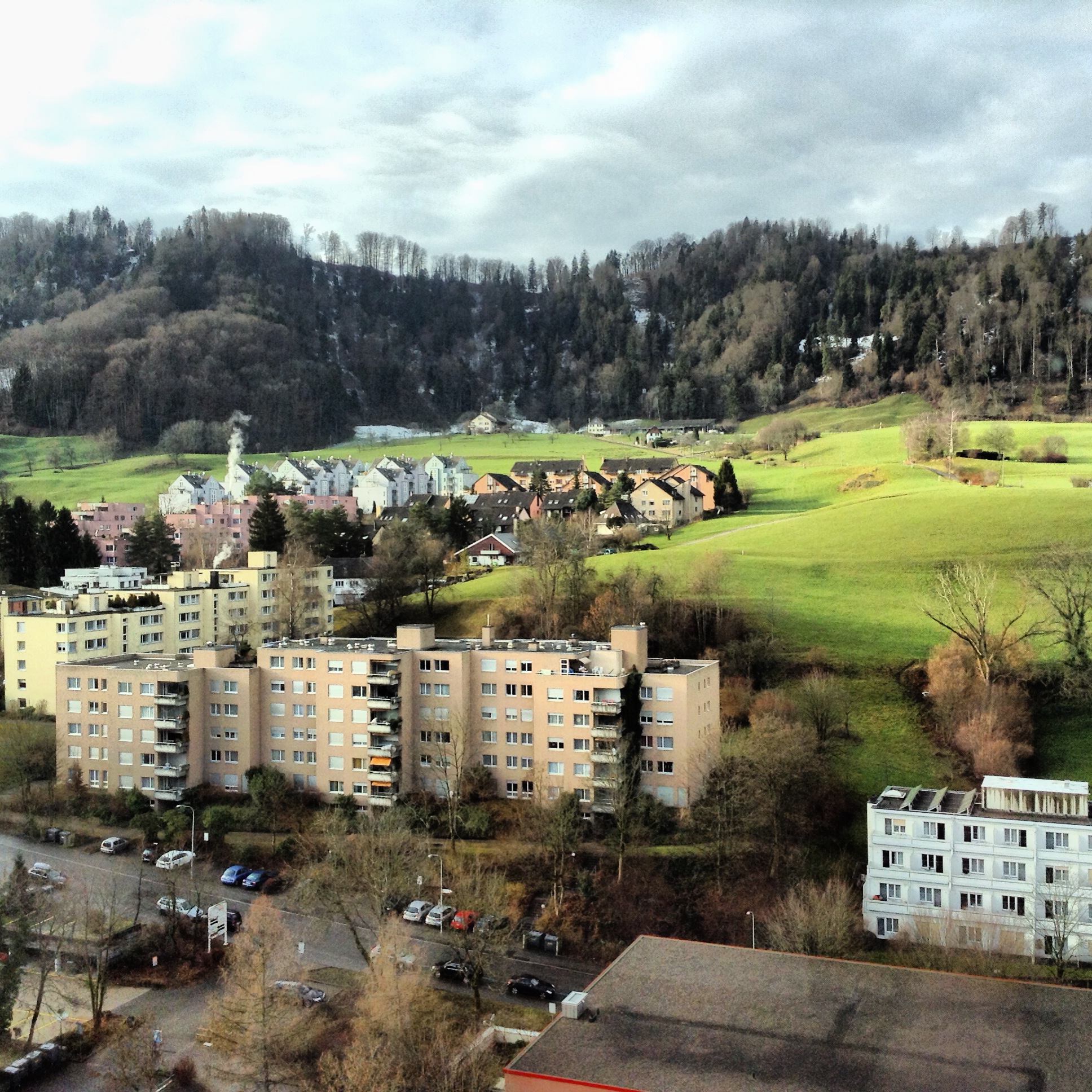 It occurs ethically and genuinely. There is very little industrialization (with only slight production of paper and ceramics); nevertheless, the population increase is significant. This is allowed and functionally complemented by the perfectly functioning public transport. Spatially, it is well packed, as it integrates seamlessly with the existing up to that point, thus forming its own urban core with all modern standards. 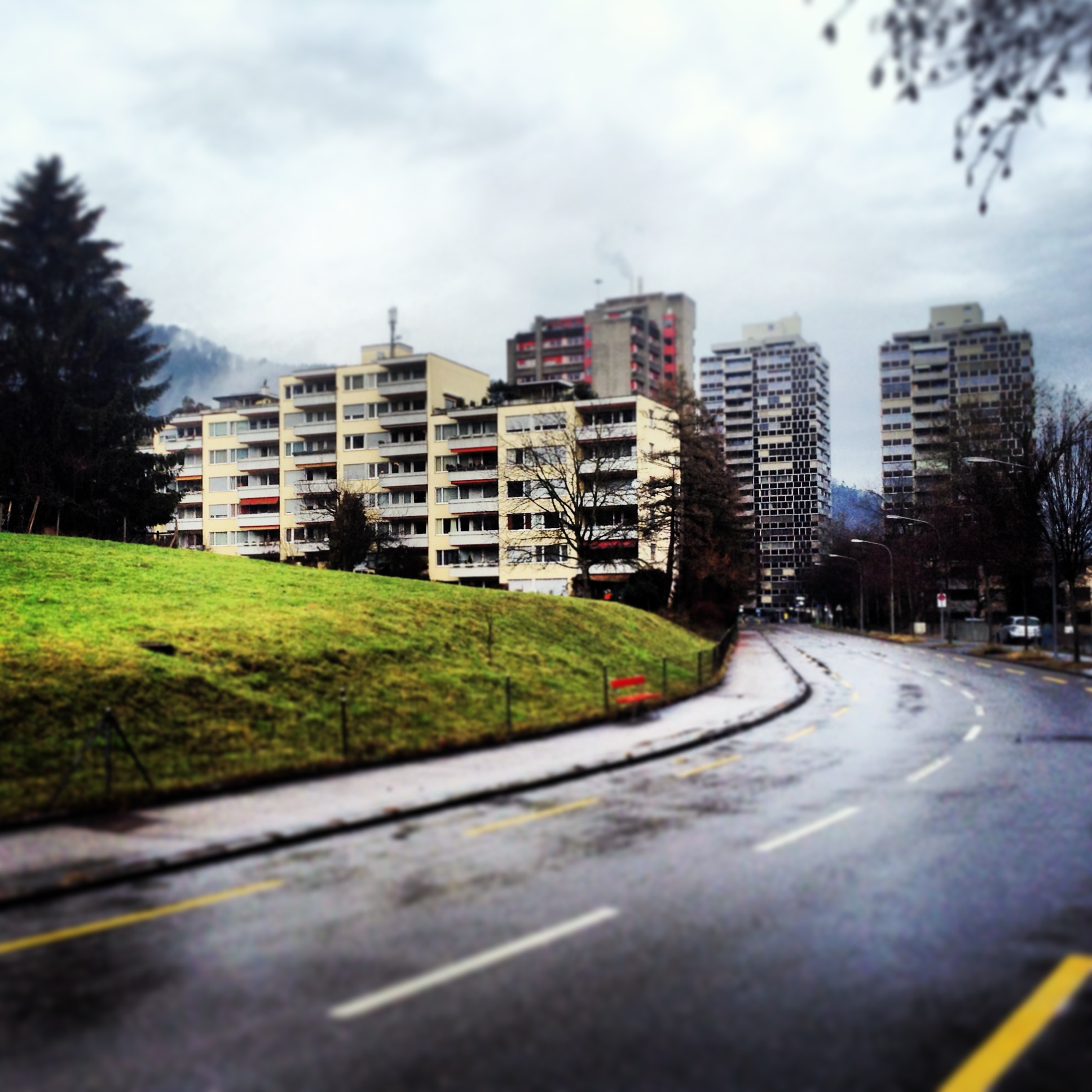 In no segment of this urban setting there is conflict of the existing architecture, let alone the existing nature. It additionally integrates and serves the neighborhood life. The foot of the mountain preserves all the existing farms, the typical odours and poultry as a concept of their landscape that idealizes the ambient. So, this is a former village co-existing seamlessly in the newly created urban unity. Some structures are positioned nearby, where you can enjoy your free time, drinking biologically clean milk and various dairy products produced on the spot.The wood gives rarely capturable landscape and is used for practicing sports and a variety of alternative sports. The river Sihl breaks the silence with its entire fauna. 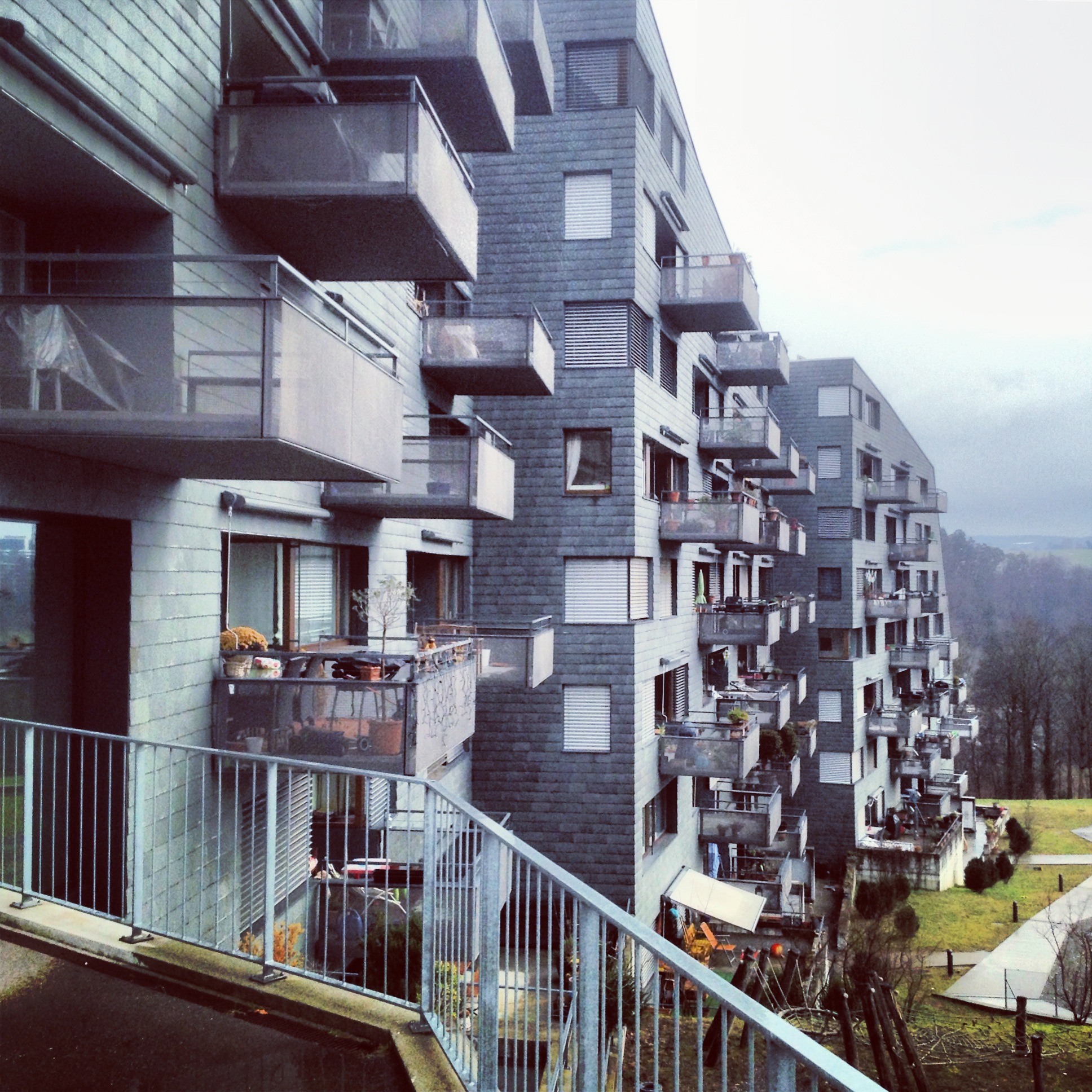 The central core of this suburb developed in the 60s, with the appearance of the first types of lined houses and blocks of buildings, and in the late 70s several skyscrapers were built. Although this structure has significantly changed the suburb identity, Laimbah functions undisturbedly and is perfectionated idyllically.The view from inside the skyscrapers to the surrounding environment is an addition that allows you to meditate and enjoy the housing, while glancing at the hillsides you’ll find a vision of a surreal and simple modernism that interweaves with the heavenly line of skyscrapers captured by the surrounding Alpine landscape.The spatial development is under the responsibility of the Zurlinden Cooperative (Die Baugenossenschaft Zurlinden - BGZ), which creates the development of this suburb in every stage through architectural competitions, up to their implementation. This Cooperative advocates for the concept of mobility and the reduction of parking places. The complex “Sihlboden” (200 apartments and office space) and 2 residential buildings with 116 apartments each, called “Vista Verde” (Green View), are under the jurisdiction of BGZ.This massive residential complex extends and nicely fits the given space. Interestingly set, curved in both directions, it breaks the rigid structure arising from the surrounding buildings. It provides an excellent overview/section with pure proportions and excellent organization of the apartments.  Huge windows and terraces are notable, generally as a standard for the other buildings, the common areas for outdoor socialization, while the topography is intact and preserved to a maximum (there are almost no supporting walls, despite the relatively high inclinations). Zurlinden Cooperative has altered the existing skyscrapers with energy efficient panels along the facades surface. Peace prevails in the suburb, with no major movement in the streets. Nevertheless, presence of many young people is noticeable. There is an illusion/simulacrum of comfortable living and it would be nice to be able to capture the everyday functioning. I am curious of how one could describe the urban plot of this habitat like in the classic novels, where the plot usually derives from the degraded urban and social vicissitudes. 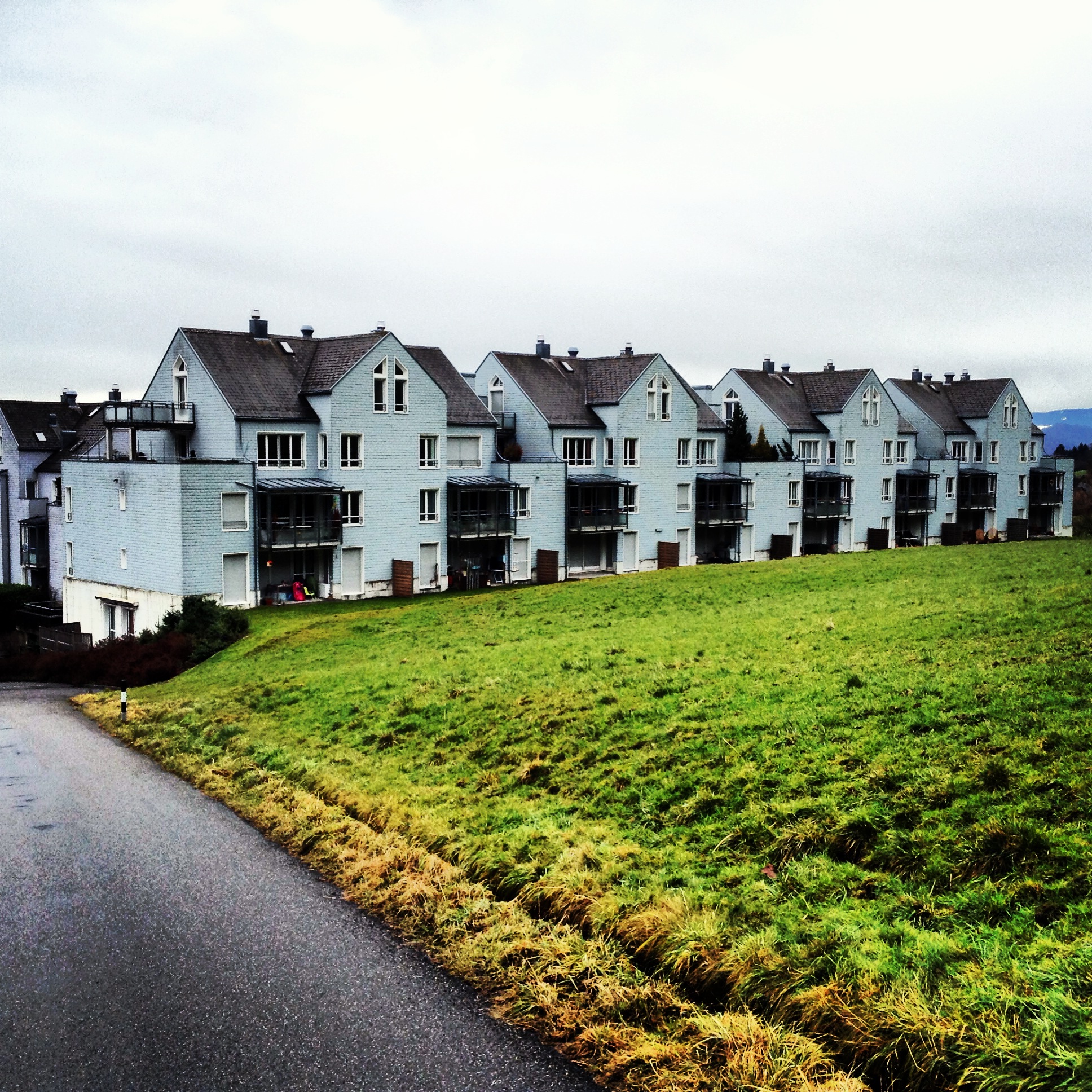 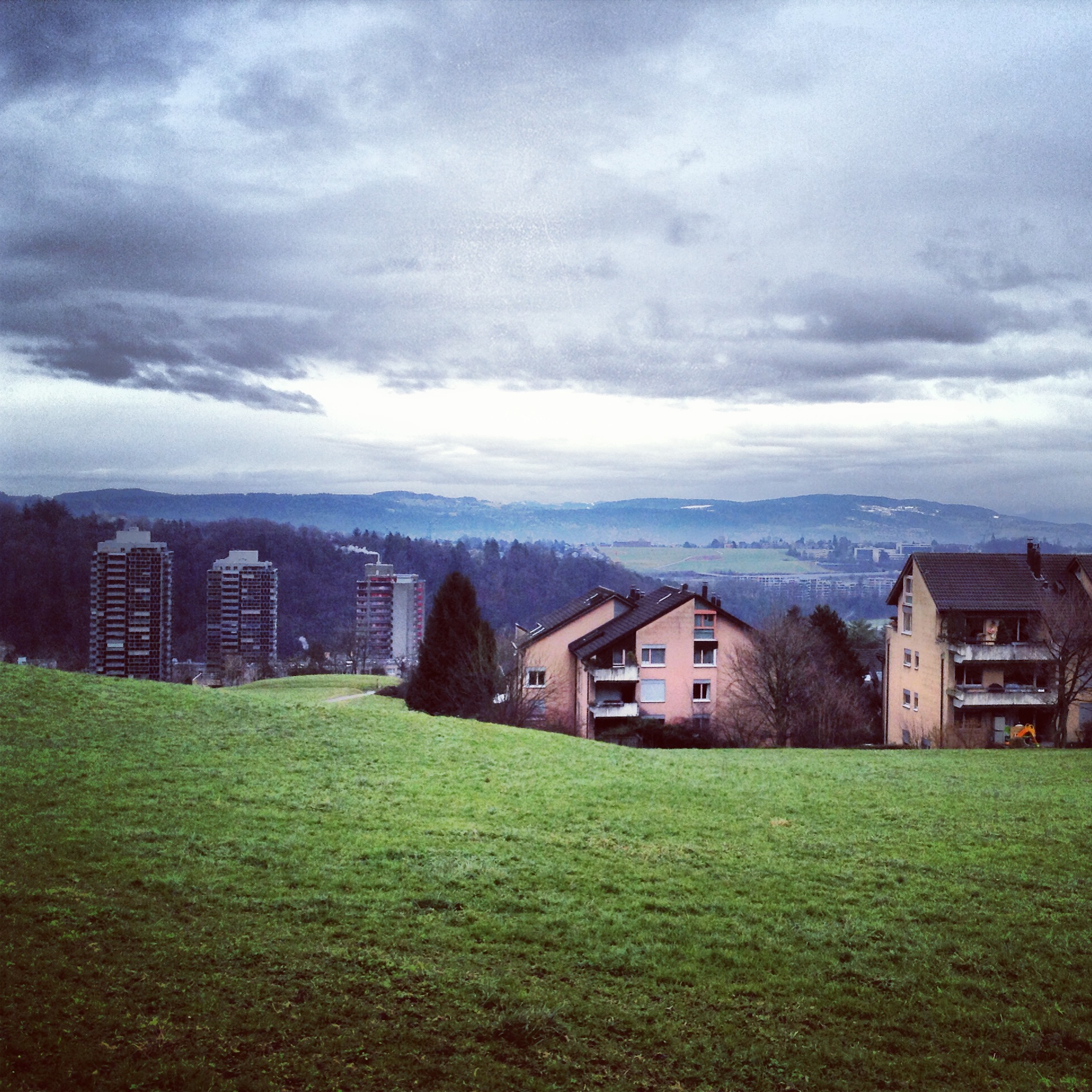 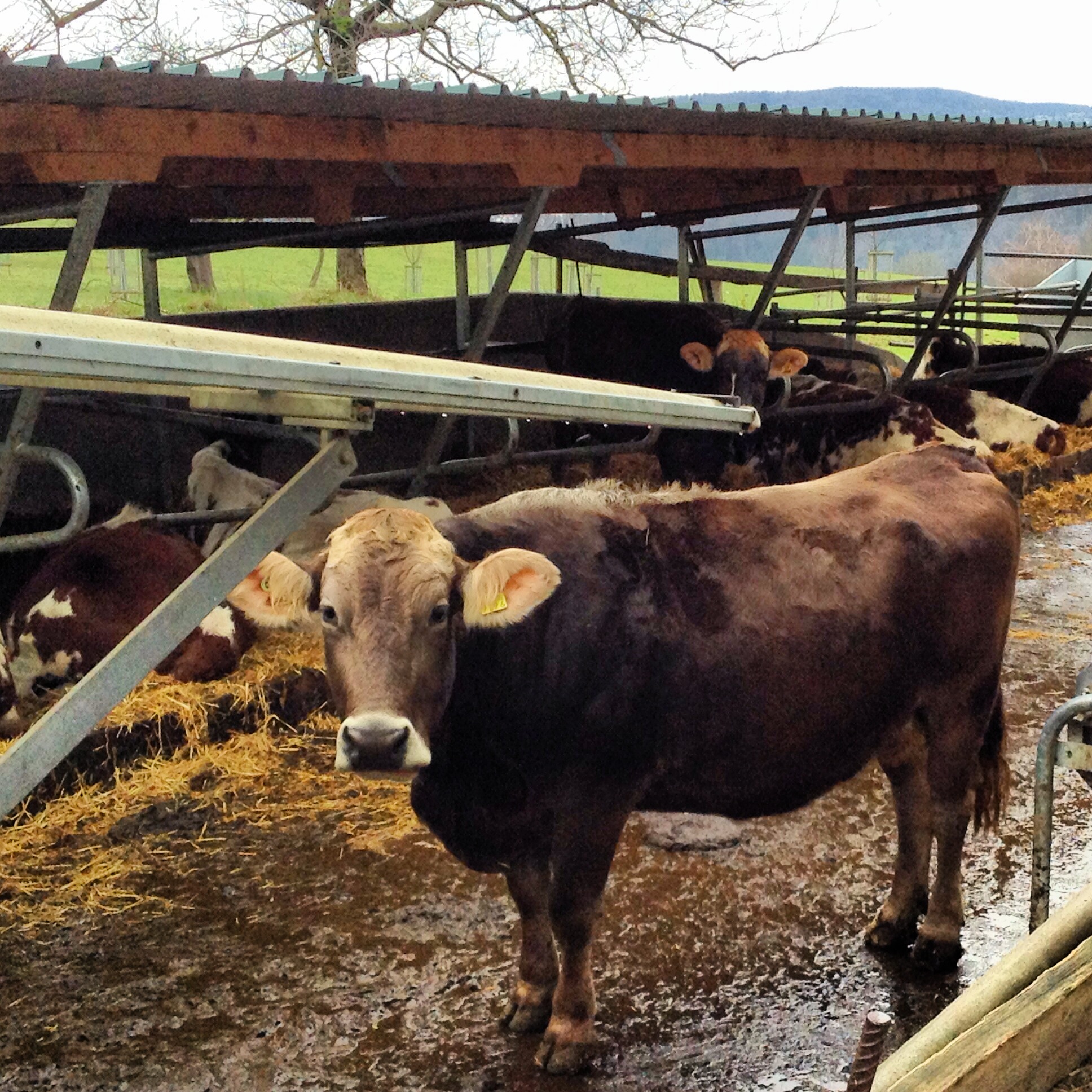